The ‘Casa Palacio’ mansion was built in line with the typical Aragonese palatial architecture of the second half of the 16th century. Agustín Porroche, rector of the Church in Quinto, was the promoter of the works, in March 1581, with a construction cost of 1,500 “libras jaquesas” (old Aragonese currency). It is a big building, built entirely of brick, whith three visible façades.This three floors house conserves the original composition of the three façades, and the hollows have hardly been modified.

The upper floor faces the street through the characteristic composition of the second half of the 16th century in Aragon: a gallery of semicircular double arches, separated by pillars and with imposts in the bases, ledges and the starts of the arches. The façade is topped by projecting bick eaves.

The interior of this Casa Palacio, originally very austere, left in ruins after more than twenty years of abandonment of the building. However, part of the original structure is still standing, with the spaces organized around a central staircase. It is worthy of mentions the forged wooden beams with carved ends with moldings.

From its origin, the palace was used by the rector of the Church (Parroquial House). In 1996 it falls in disuse and its demolition began, but a few days later, the popular initiative paralyzed it. The council of Quinto, as the currently owner and responsible for its conservation, began the restoration in December of 2017, consolidating a building that was in ruins. 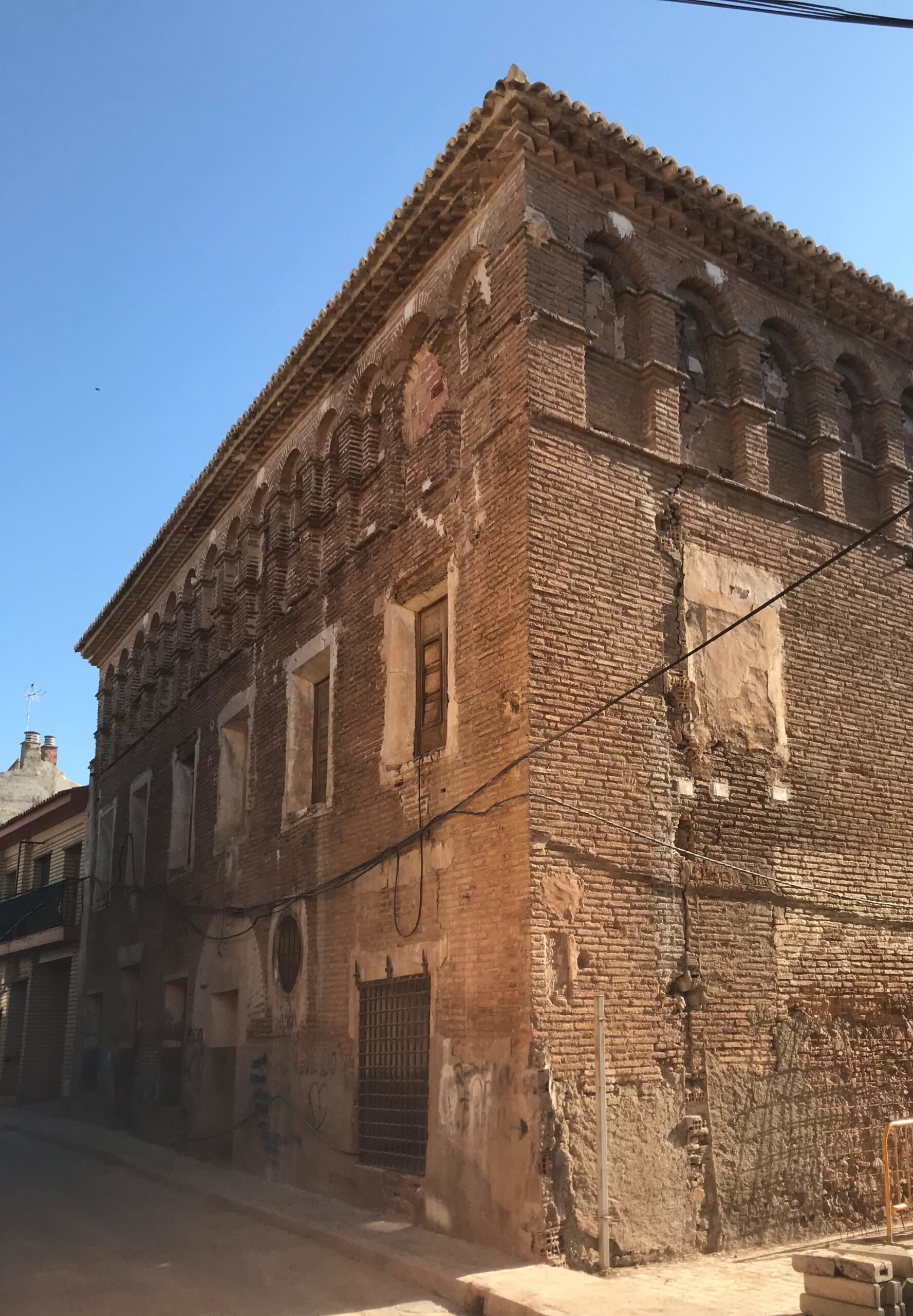 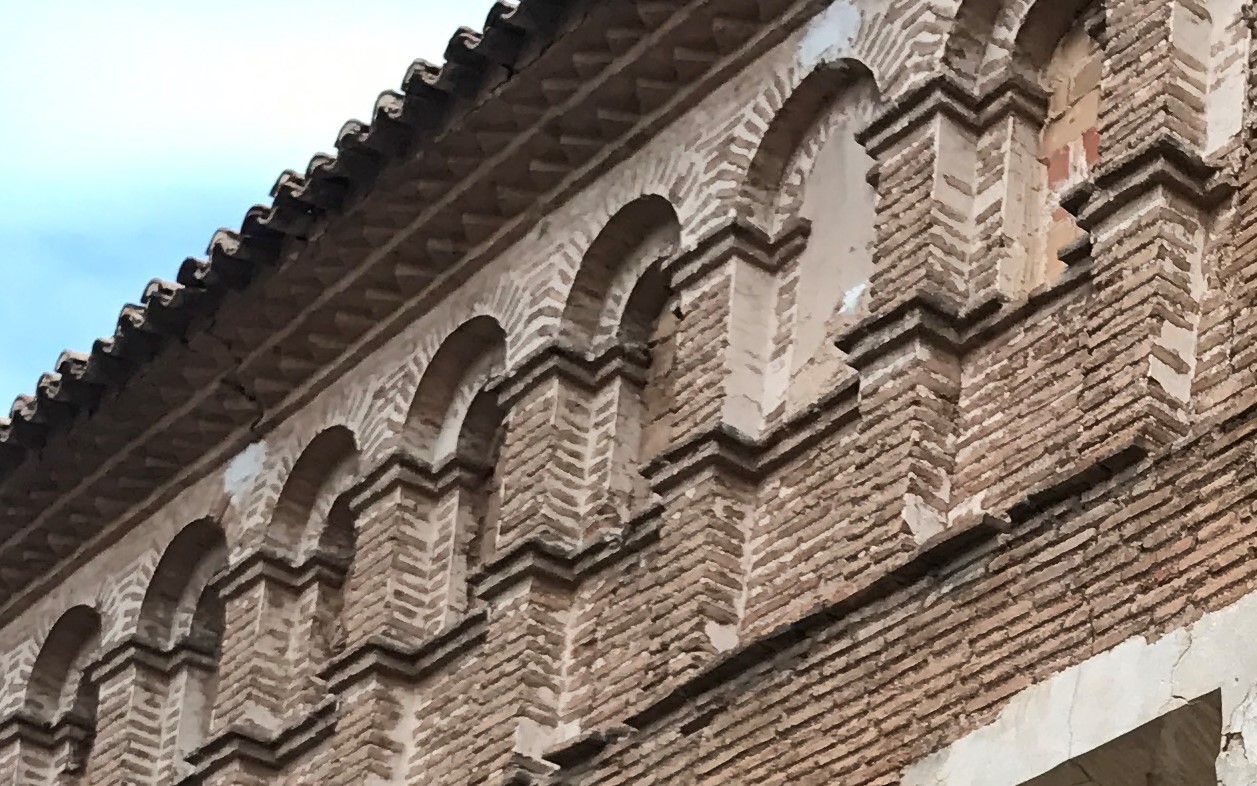 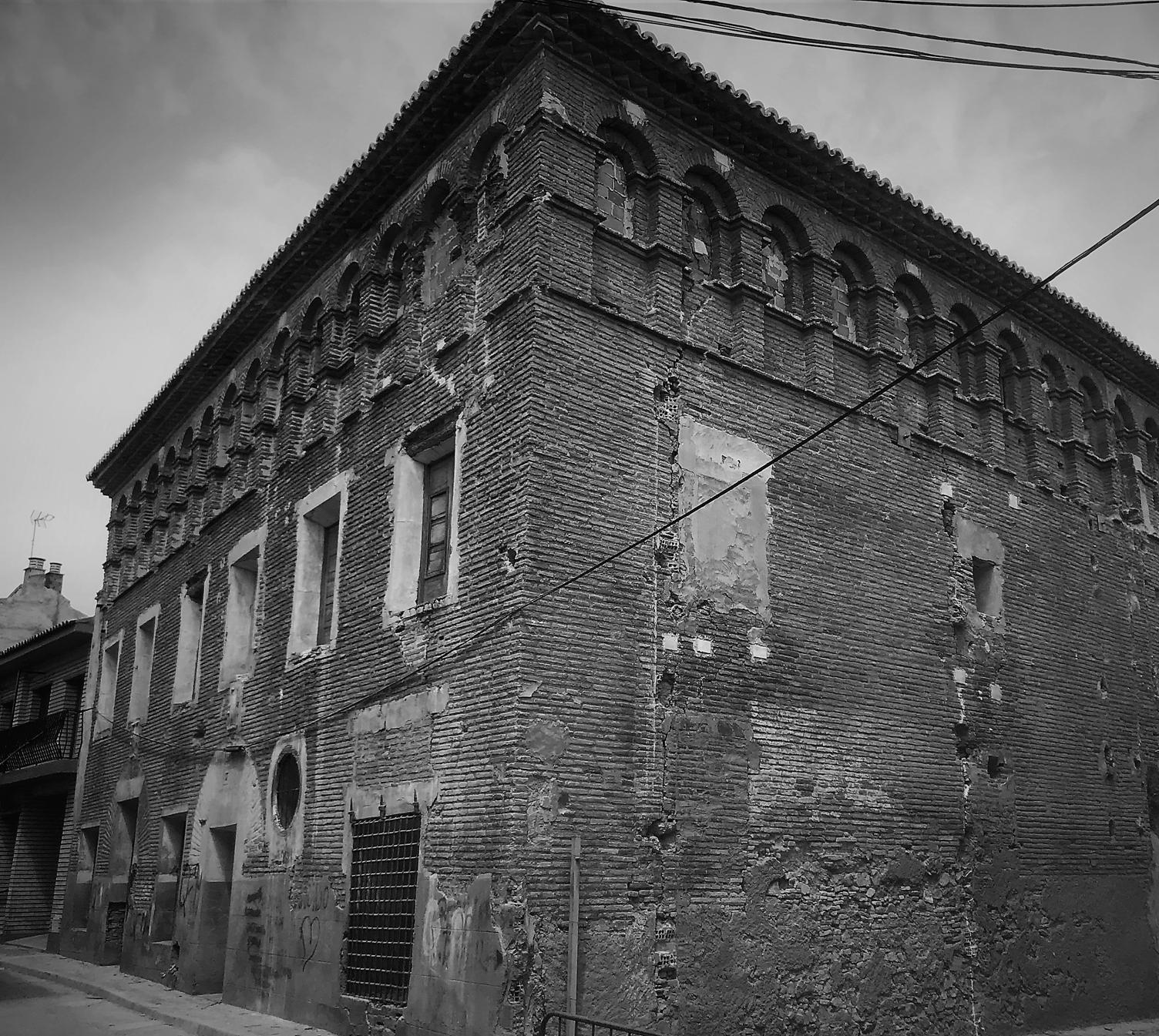