You can choose to visit our municipality to see the Museum of the Mummies, the Picket or our medieval portals. However we allow you to recommend eating and spend a night in Quinto completing your visit with other nearby places that are of great interest.

We also offer the possibility of managing a package of services and activities. You just have to write us with your preferences to reservas@momiasdequinto.es and we take care of the organization.

Real Monasterio de Nuestra Señora de Rueda or the “Royal Monastery of Our Lady of the Wheel” is a monastery founded in the XIII century, adjacent to the village of Sástago. Rueda is 20 km away from Quinto and 74 km to the south-east of Zaragoza, on the left bank of the Ebro. Rueda Abby is one of the most beautiful monuments along the river valley and still preserves all its medieval buildings/rooms/premises. Together with the abbeys of Veruela and Piedra, Rueda is one the gems of Cistercian art in Aragón.

Celsa was an important pre-Roman and Roman city that dates back to 48 BC. It is located near the modern town of Velilla de Ebro. Celsa was originally an Iberian settlement, called Kelse, of the Ilergetes tribe. The Romans renamed Kelse as Victrix Iulia Lepida.

«Lepida Celsa» on the earlier site of Kelse is one of the most important archaeological sites in Aragón. You can visit the museum and explore the site through the Iberian and Roman ages. For a unique experience book your tour and watch actresses and actors uncover insightful details of ancient Roman Spain before your eyes.

Nestled at the hill of Cabezo de Alcalá in the valley of Aguas Vivas river, lies the old Iberian-Roman town of Sedeisken. Discovered in 1885, Sedeisken is of one of the most impressive archaeological sites in Aragón. Wandering through its streets, houses, temple and the shopping area with its thermal baths you can get a sense of domestic Iberian-Roman life from the 2nd century BC.

Do not miss Sedeisken’s museum, known as the Interpretation Center of Cabezo de Alcalá, located in the near town of Azaila. In the museum you can discover the daily life of the people who lived there through touching and using ther objects on display. You can also learn traditional activities such as carpentry and weaving, try on Iberian clothing and practice archery.

Located just 29 km from Quinto, the old village of Belchite offers visitors the chance to learn about recent Spanish history. Belchite witnessed one of the bloodiest battles of the Spanish Civil War, which destroyed its infrastructure. After 1939 a new village of Belchite was built adjacent to the ruins of the old, which remains a ghost town as a memorial to the war and its impact on civilians.

The old village of Belchite has been used as filming locations including in Terry Gilliam’s 1988 film The Adventures of Baron Munchausen and Guillermo del Toro’s Pan’s Labyrinth. The ruins of the town were also used in the opening scene of the 1983 ITV documentary The Spanish Civil War.

The Museum is in Fuendetodos, the village where the great Spanish painter, Francisco de Goya (1746-1828), was born. The painter’s birthplace is a humble farmhouse dating from the early 18th century, decorated with furnishings and household goods typical of the era. It also contains documentation. The lower floor of the building consists of an entranceway, stable and kitchen, and its solemn austerity is its most striking feature. A few metres away is the Museum of Etchings, which houses a permanent collection of Goya’s graphic work from the series known as “Los Desastres”, “Los Caprichos”, “Los Disparates” and “La Tauromaquia” as well as materials related to printmaking techniques. Fuendetodos is 44 kilometres from Zaragoza and 47 km from Quinto.

El Planerón is an ornithological reserve of outstanding diversity and natural beauty, located 15 km from Belchite (Zaragoza) and 18 km from Quinto. With 700 hectares of steppe habitat, it provides a protected home to many species including the avian gem, Dupont’s lark.

The United Nations Environment World Conservation Monitoring Centre designated el Planerón as a Site of Community Importance and the EU’ Natura 2000 network lists it as an area of Birds Special Protection (ABSP) for its botanical and ornithological value.
Just to give you an idea of the spectacular diversity of birds at el Planerón, an article published by Nature Travel Guide on December 10th 2017 listed the following species spotted on a one day trip in late summer. 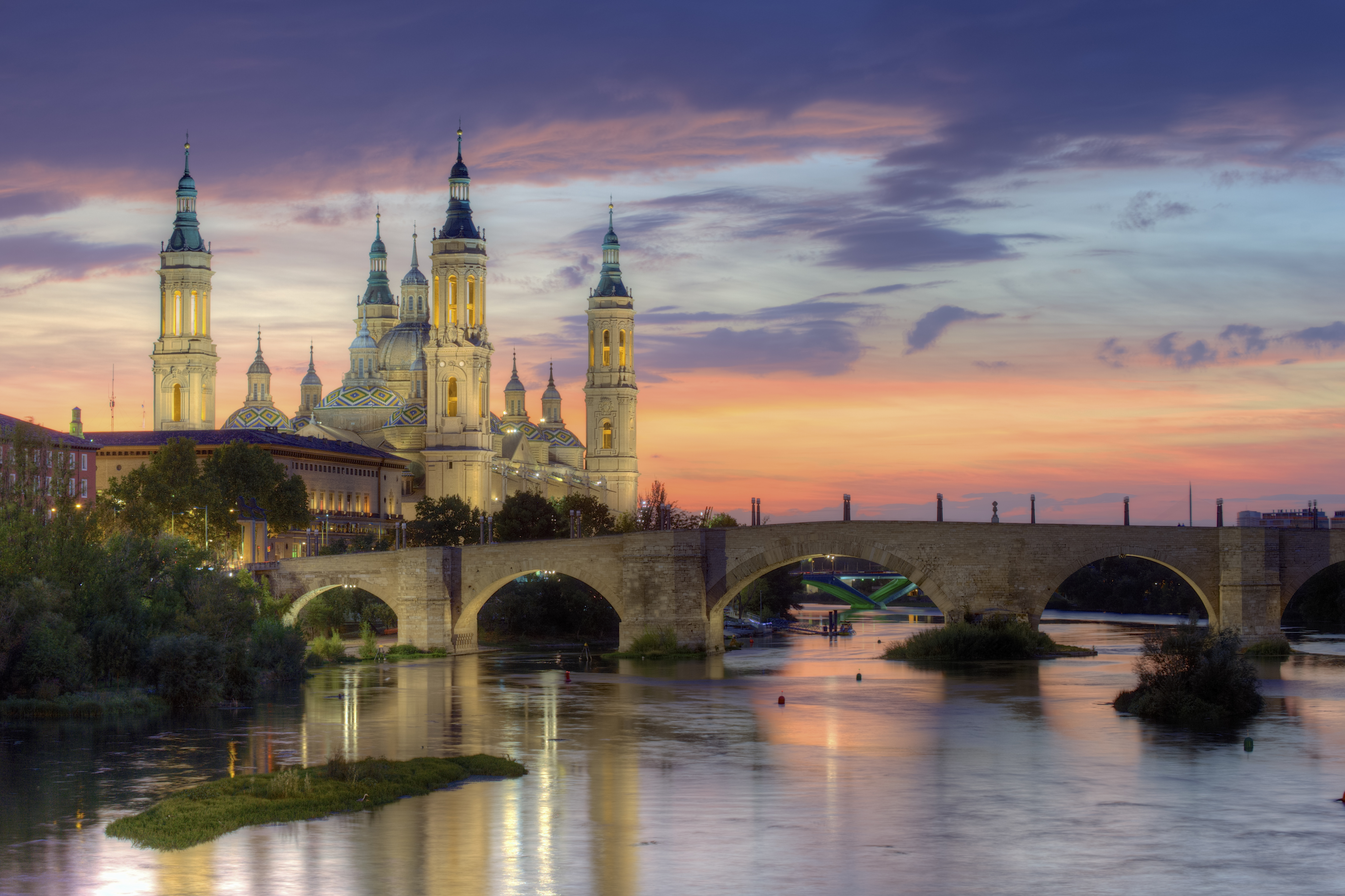 Zaragoza is one of Spain’s biggest cities, located in the banks of the Ebro river, halfway between Madrid and Barcelona.

The image of the colourful, multi-domed Basílica del Pilar reflected in the Río Ebro is a powerful symbol of Zaragoza. But there is is plenty of other ancient architecture in the city, including underground Roman remains, La Seo Cathedral, Francisco de Goya’s museum, -the genius painter who was born a short horse-ride away in 1746 – and the Aljafería Palace, a stunning Mudejar monument which resembles the Alhambra. Mudéjar is a style of medieval Iberian architecture and decoration, particularly of Aragon and Castile, strongly influenced by Moorish taste and workmanship. Together with La Seo and the Aljafería, these buildings form part of the Mudéjar Architecture of Aragon which is a UNESCO World Heritage Site.

Zaragoza offers exciting theatrical walking tours that take you on a tour around the city and reveal its hidden secrets from its medieval Jewish, Cristian and Muslim origins to the cutting edge contemporary architecture to commemorate the 2008 world Expo.