ROUTE OF THE PORTALS

Here we can observe the gate dedicated to St Michael, the entrance to the town from Zaragoza. This one is probably the oldest one of the three existing gates.

This is a modest gate, what makes it different to its brothers, but it doesn’t make it less remarkable. The austerity of this structure reminds its military and defensive role. It controlled the entrance to Quinto of the Royal Road from Zaragoza to Alcañiz.

A lintel gives way under the gate, while the upper floor, where the chapel is located, shows a semi-circular arch that almost occupies all the internal façade. This arch used to be opened during the feast days of its saint, in order that the local residents could venerate him and commend themselves to him.

With the comprehensive restoration carried out in 2010, nowadays the gate looks like its original aspect. 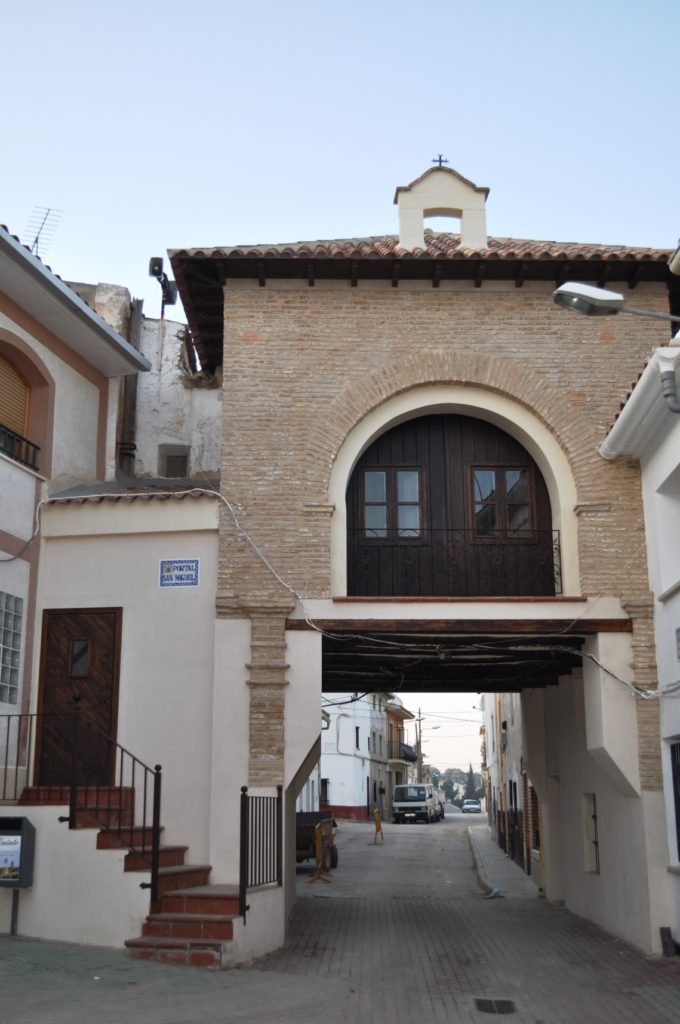 With a medieval origin, the gate dedicated to Saint Roch was the entrance to the town from Lower Aragon and had a defensive role (its doors were opened or closed following orders by the town council.

The chapel on the top floor is covered with a cupola, that at the outside turns into octagonal shape, finished off by a brick lantern.

Dominating the chapel’s central wall, over the round-arch niche that contains the image of the saint, we can observe a singular vertical sundial with a biblical quote in latin meaning “my days are like a passing shadow”.

There are three gates dedicated to different saints, to whom the local residents used to submit its safety: St Roch, St Anthony the Great and St Michael. They were comprehensive restored in 2010.

The gate dedicated to St Anthony the Great stands as a beautiful uniform piece, in which we can appreciate three sections of whitewashed brick that give a strong popular aspect.

A semi-circular arch allows the way under the gate, connecting the urban enclosure to the orchard beside the river Ebro banks. Over the first level stands the main level (in which the chapel is located), square based and covered by a cupola that at the outside turns into a smaller square shape.

The building is topped by a lantern, where the bell is located. In the centre of the main floor a projecting niche has recently been open and it allows seeing the saint from the street. Just like the other gates, it was renovated in 2010 and nowadays we can enjoy its original state.

St Anthony the Great’s eve is celebrated on the evening of January 16, burning a large bonfire and eating around it. 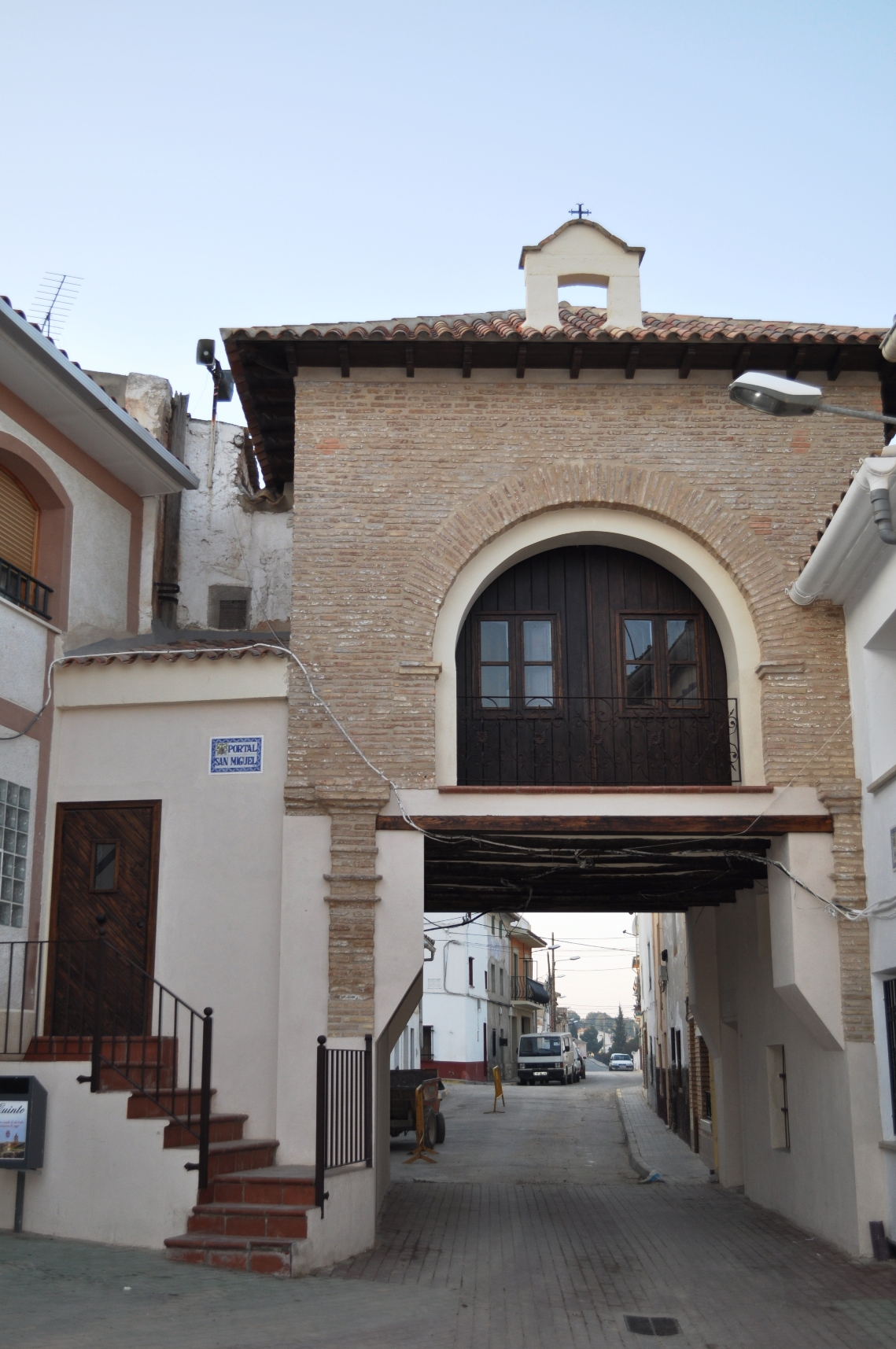 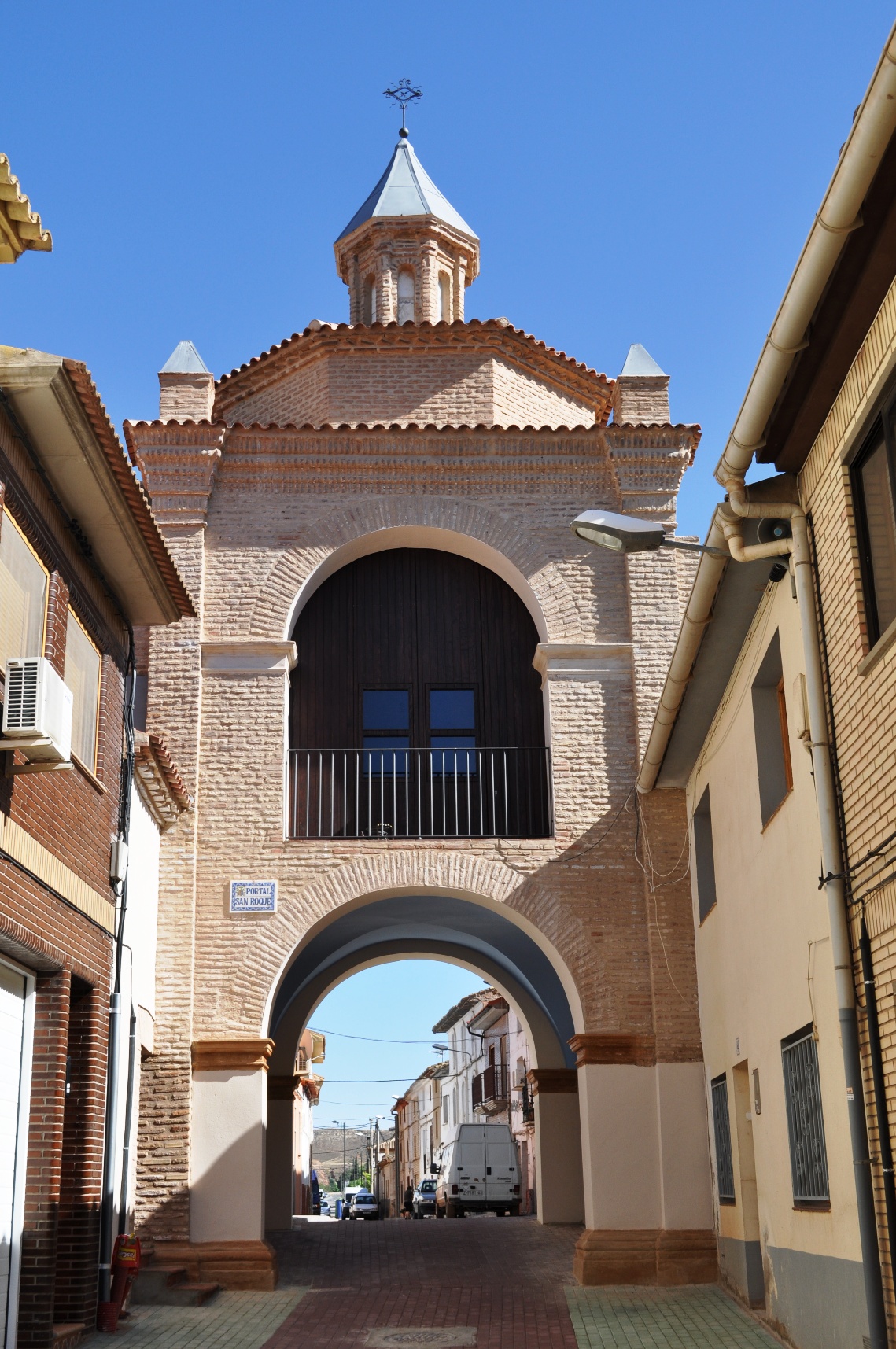